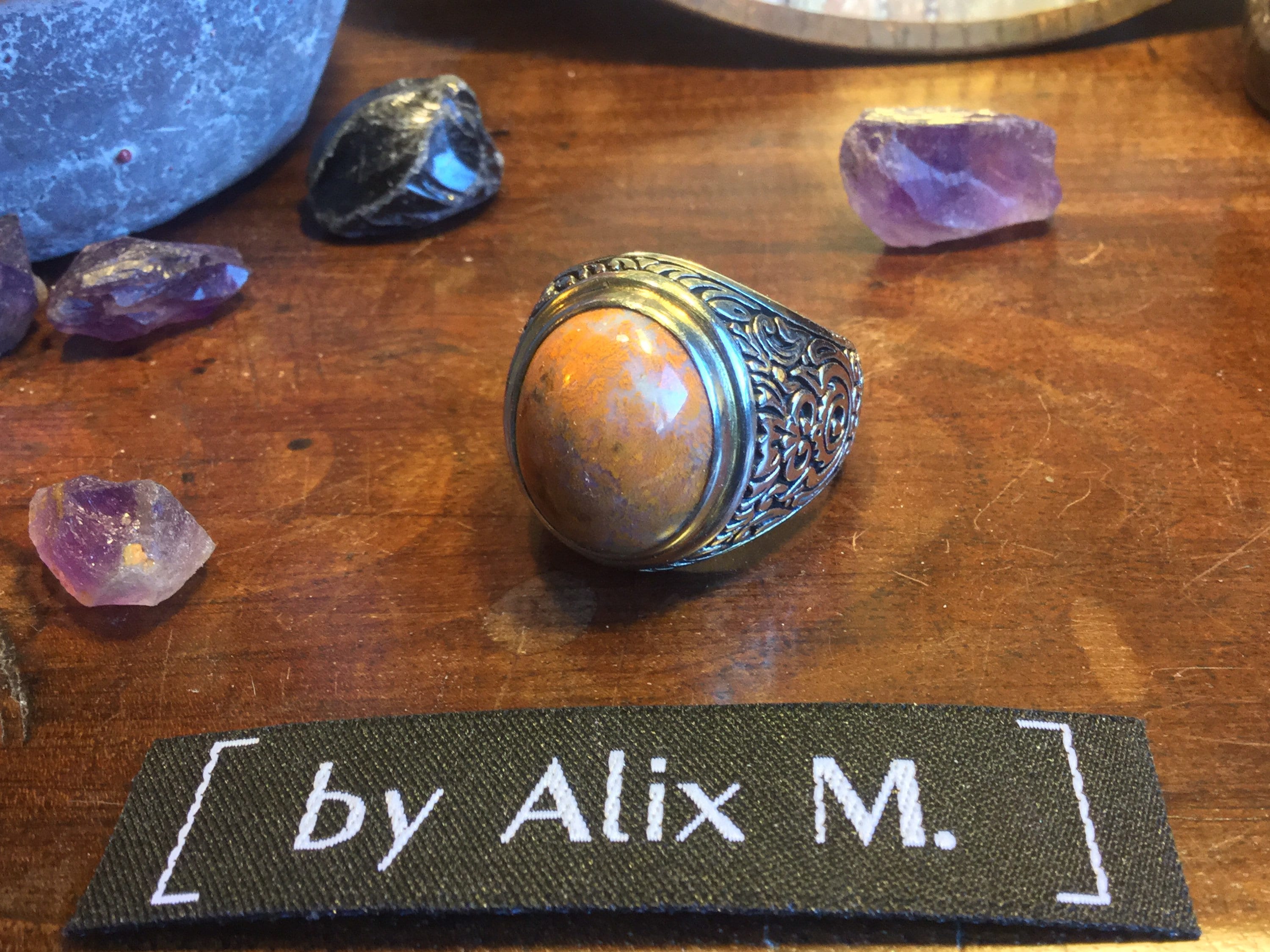 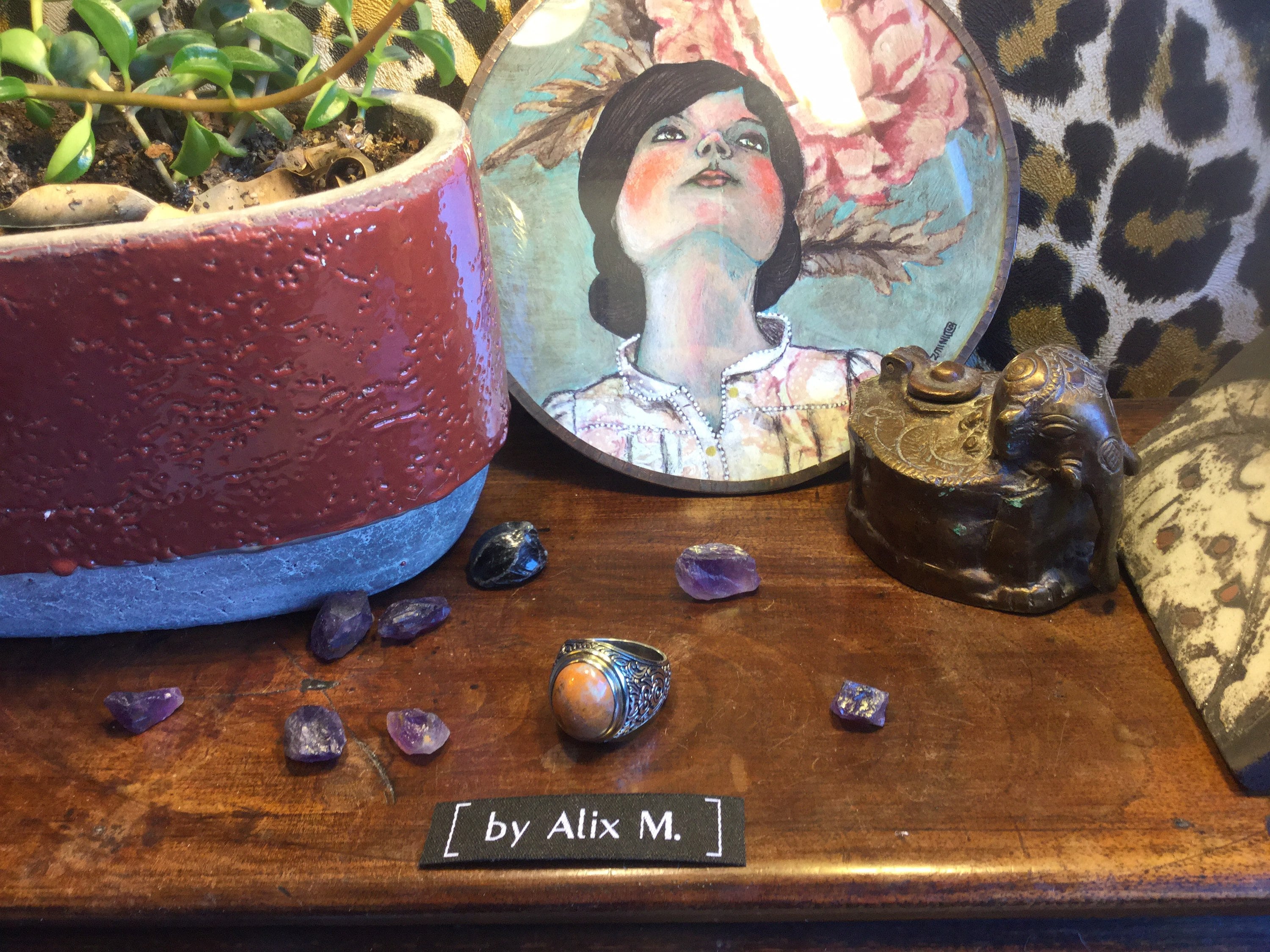 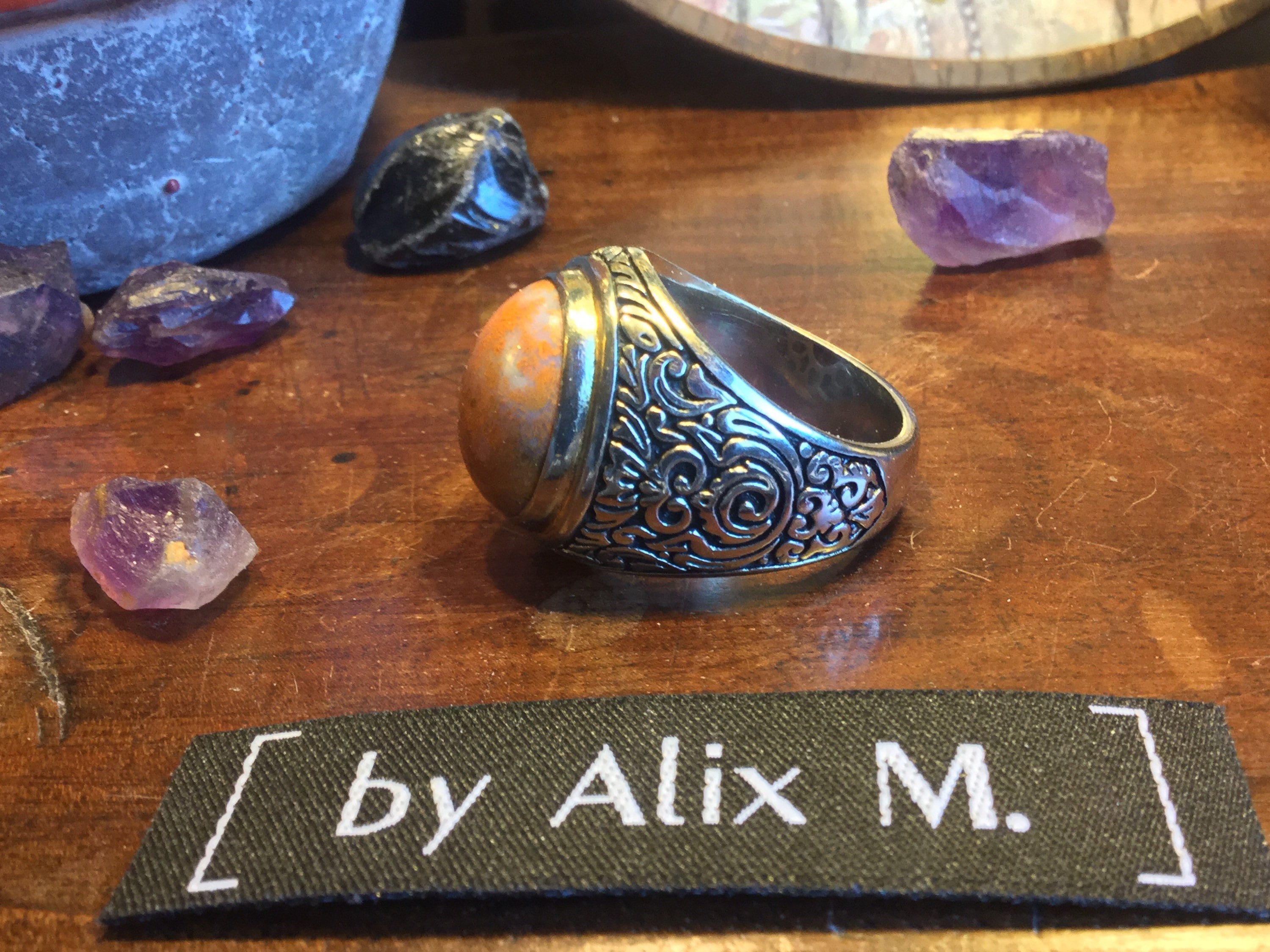 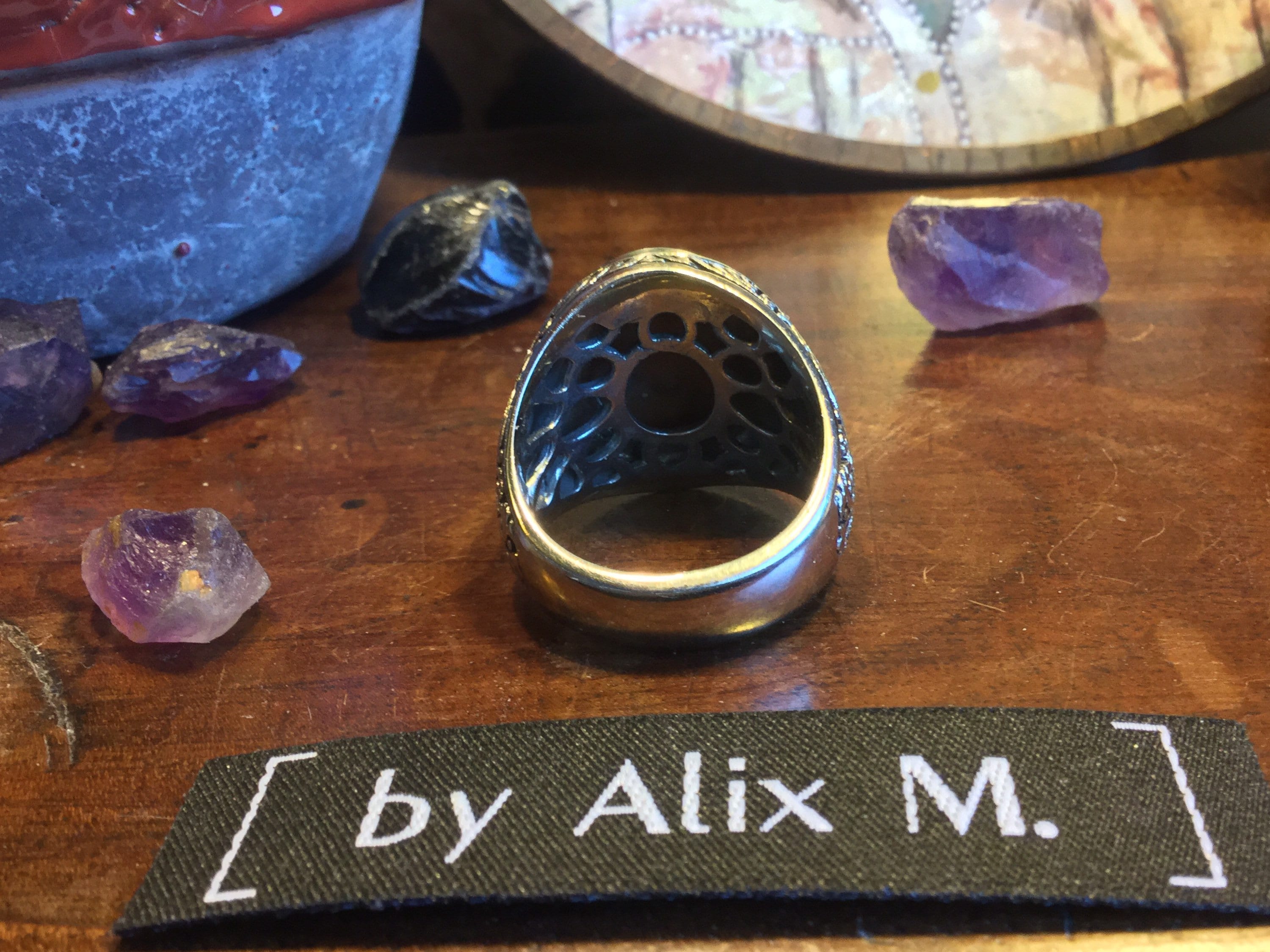 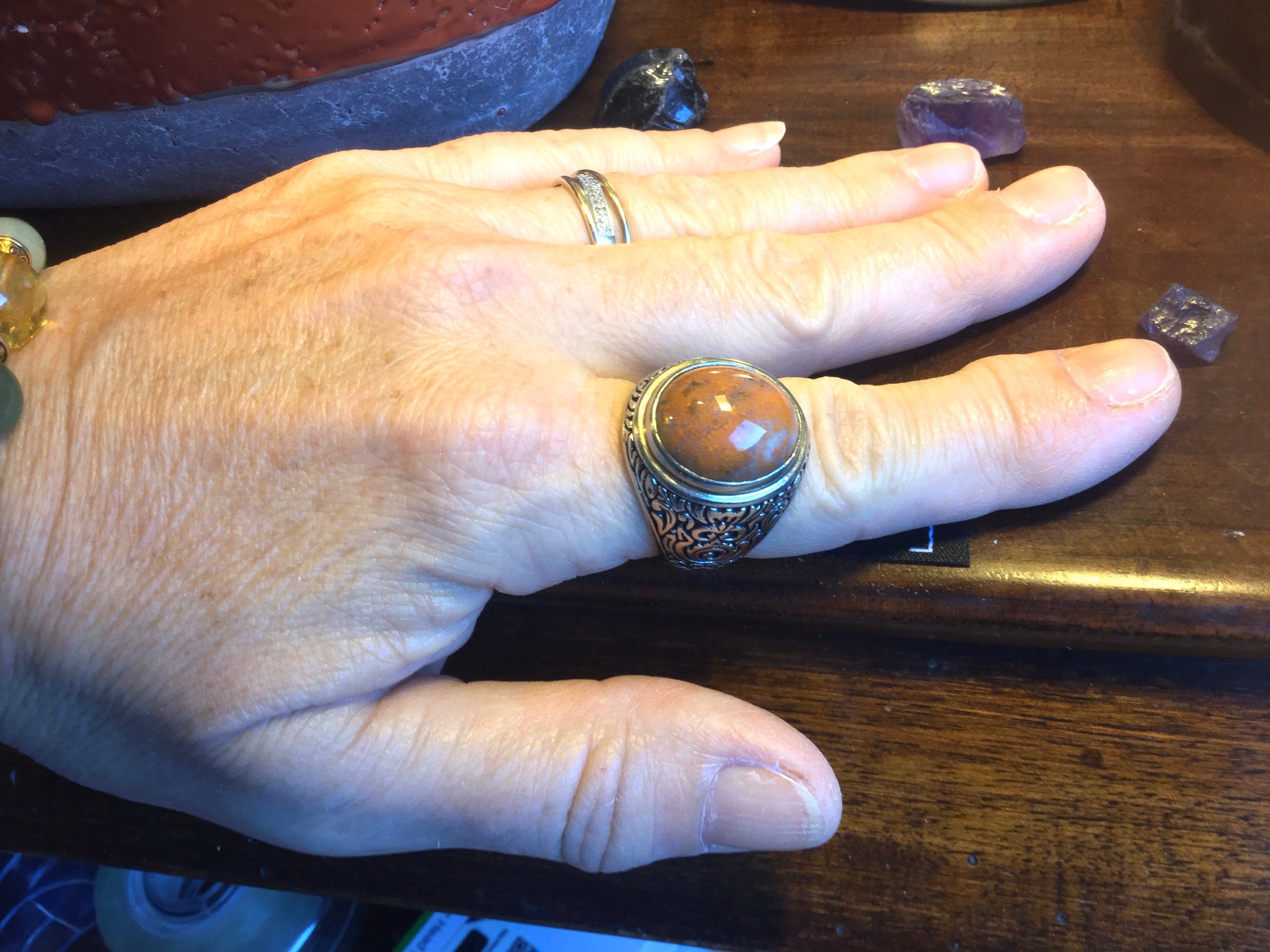 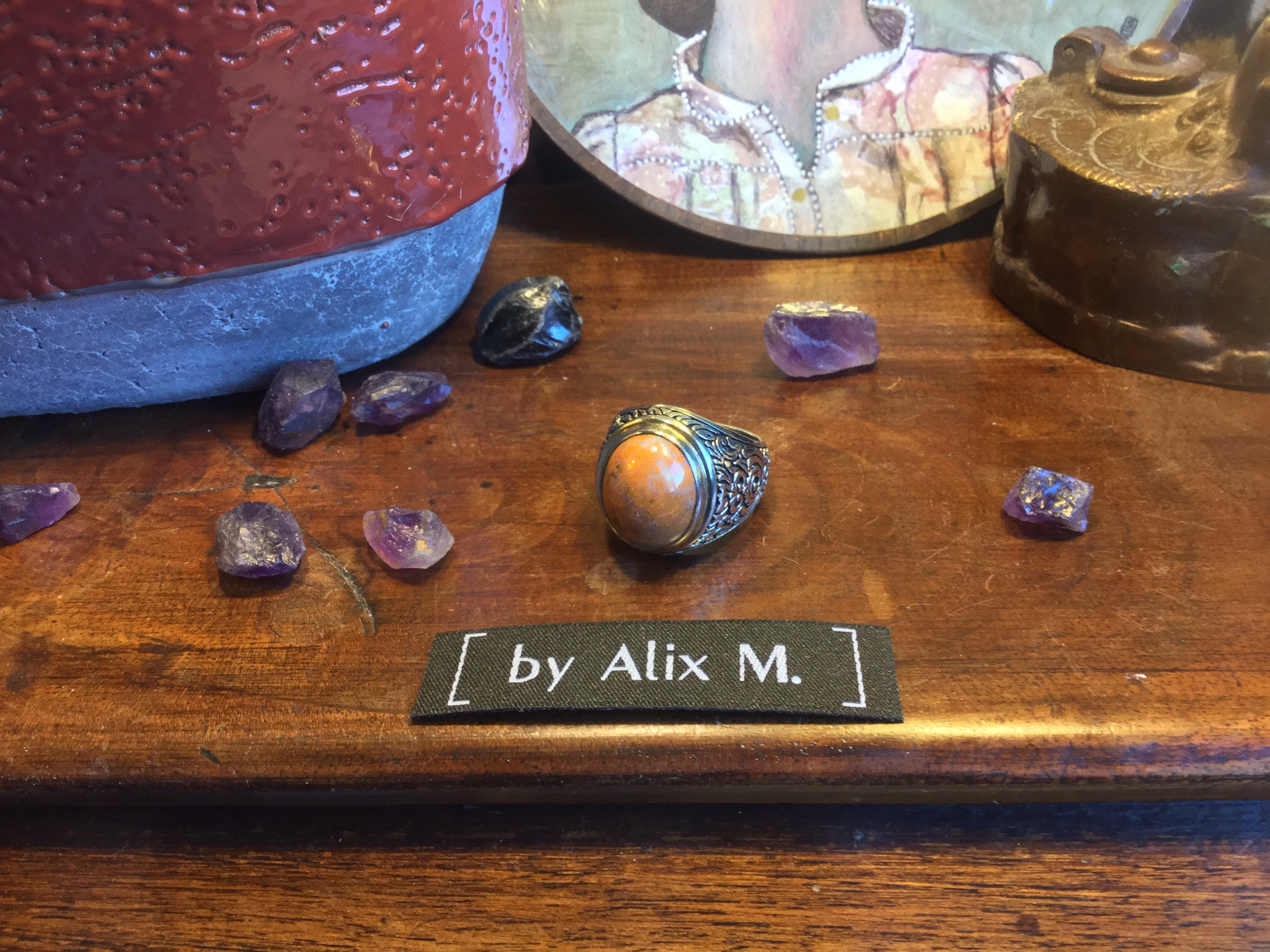 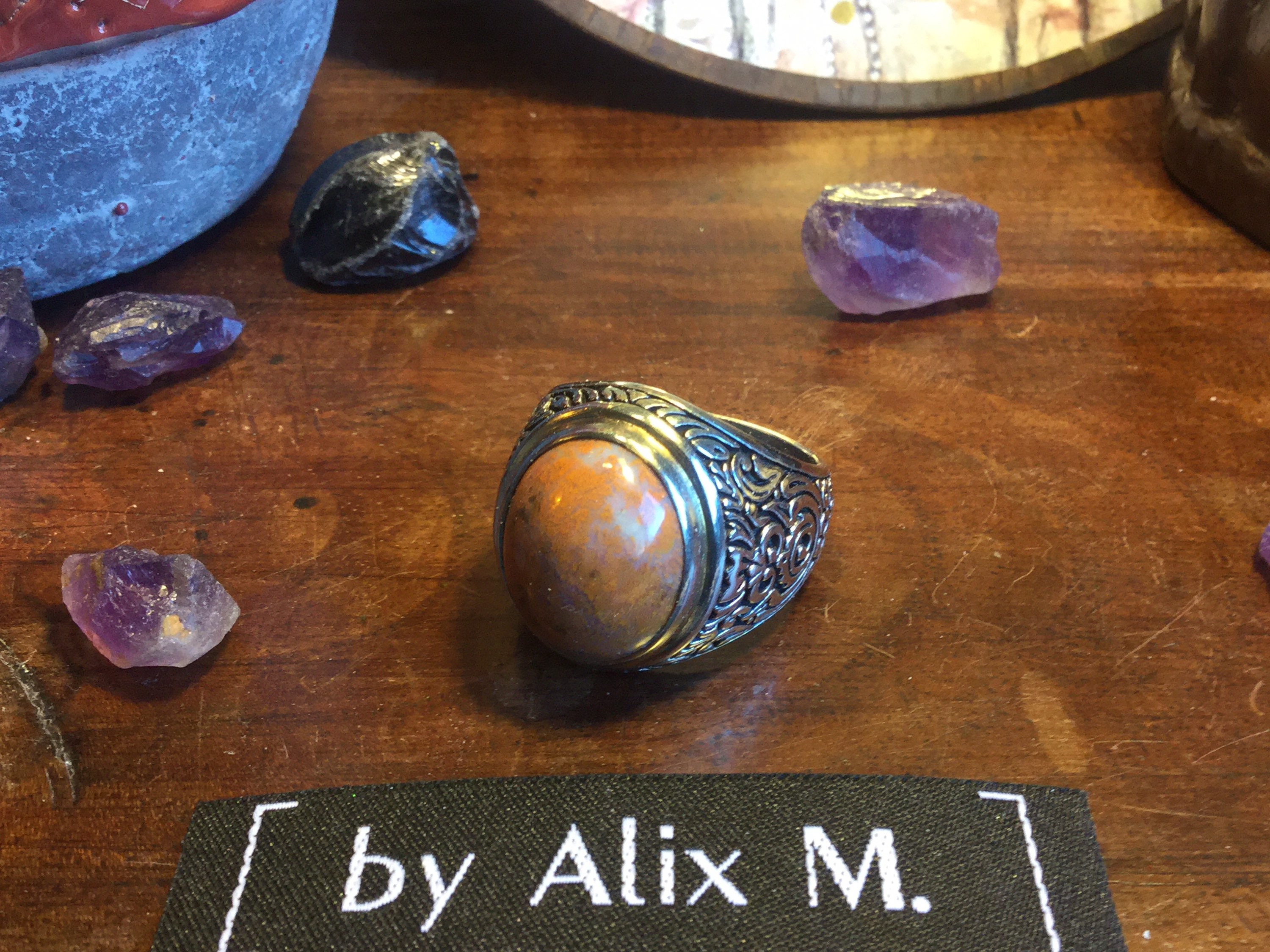 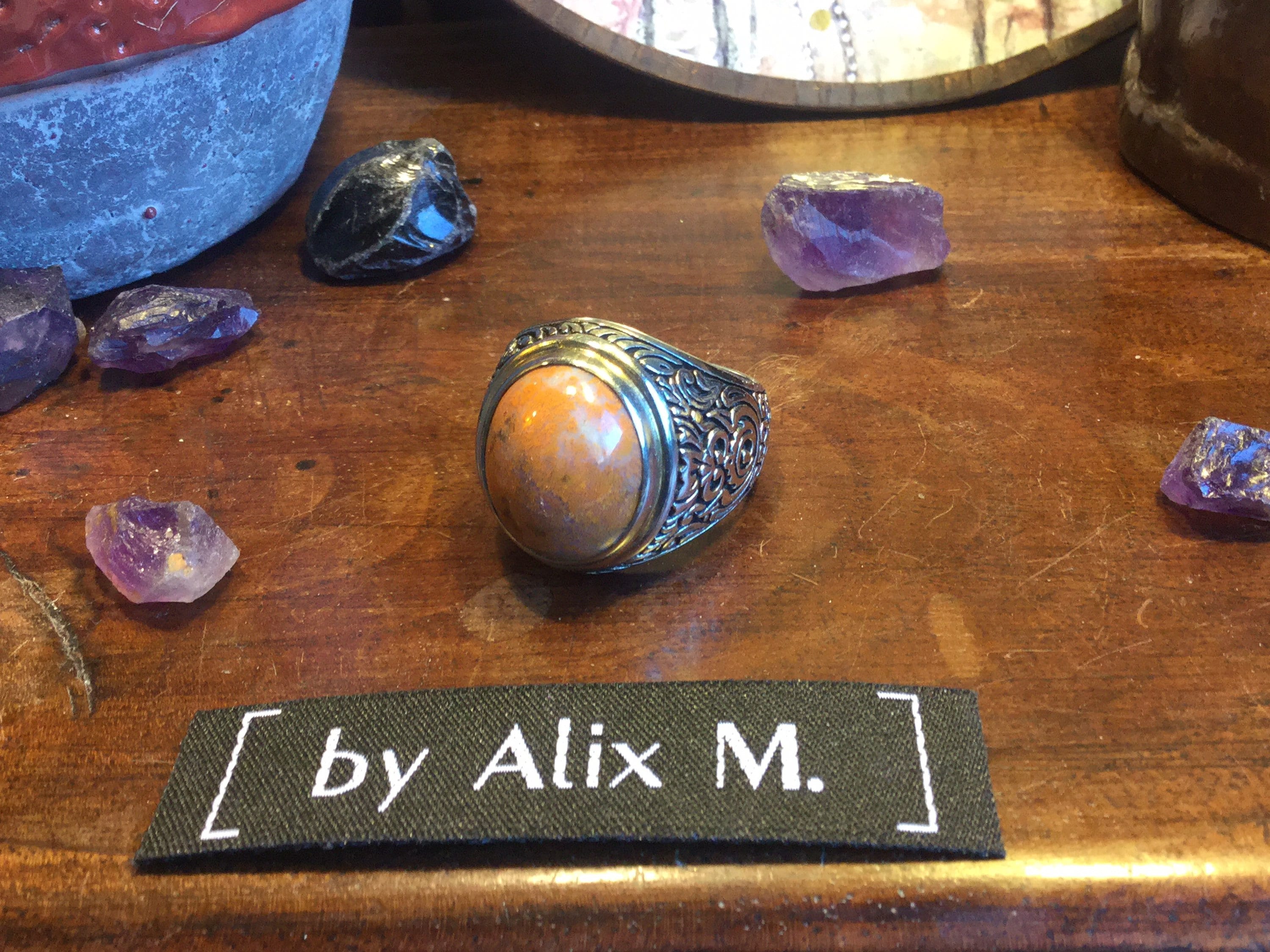 Rare and exceptional Ring in Agate Red Moss of Indonesia!

Sculpted ring made of alloy mainly silver and white copper.

The Agate Moss is not actually an Agate but is part of the colorless calcedoines with inclusions.

In lithotherapy, Agate Moss, mentally and spiritually, is a positive stone, bringing well-being and joy.
As an earthly stone, it brings harmony and tunes the being with the natural environment.
The foam agate would bring calm, calming and restore confidence in oneself and in one's own abilities.
It would also open the mind and make it more receptive to the positive influences of natural elements.
A communication stone, it would promote romantic and sentimental relationships, and the connection with the etheresand beings and the spirits of nature. An antidepressant stone, the moss agate dispels fears and allows you to leave with the best arrangements in life.

On the physical level, agate moss has several virtues.
The stone would be used to both protect and remedy insect bites.
Its soothing properties would help calm respiratory, kidney and digestive ailments.
The regulatory functions of agate foam would help stabilize the heart rate and purge the body of harmful toxins.
The anti-inflammatory properties of stone would help treat various diseases such as flu, angina or colds.
Some attribute benefits to stone to facilitate childbirth and reduce the pain of childbirth.

The astrological signs often associated with the Agate Moss are the Belier, Lion and Scorpio.