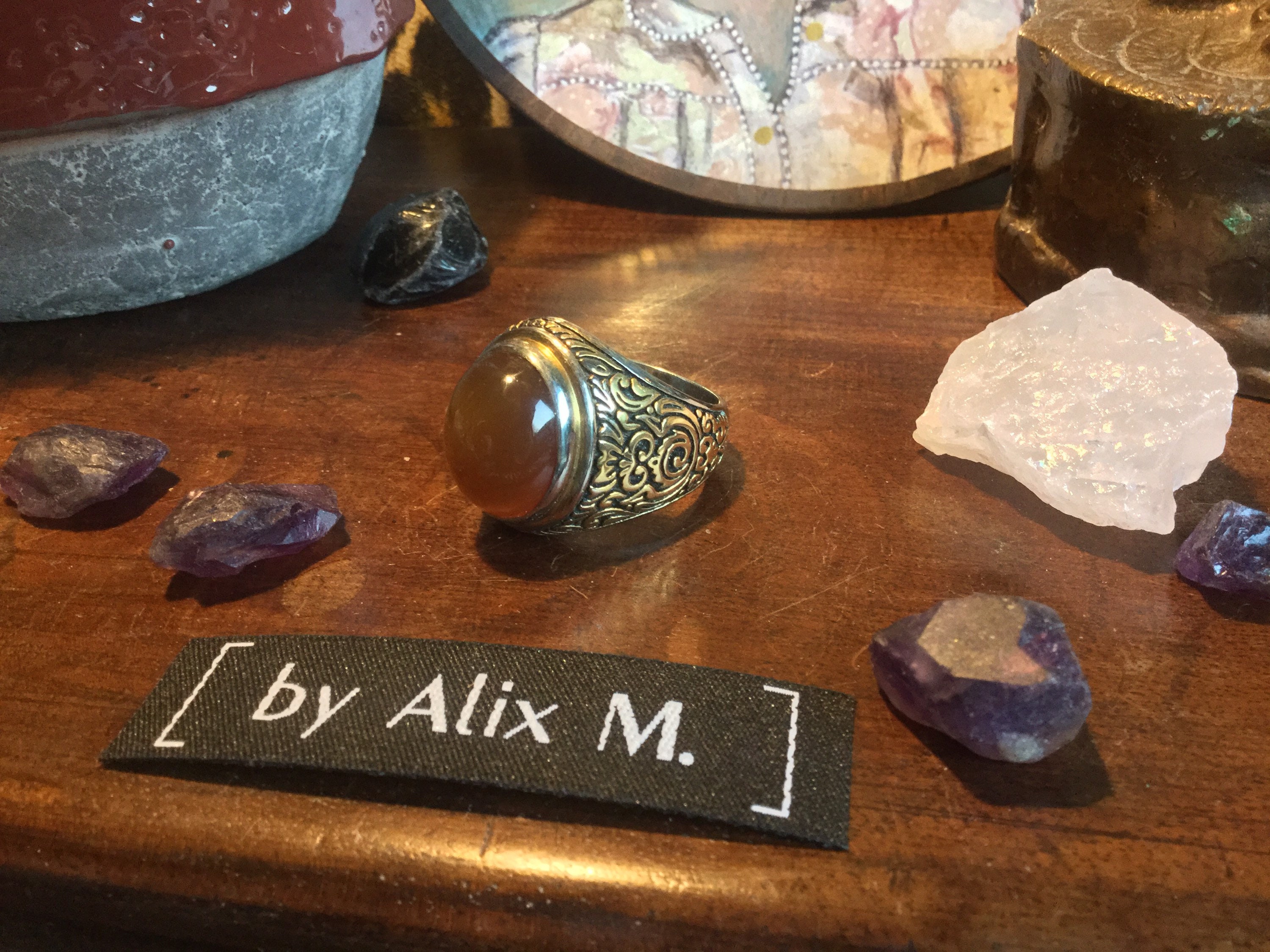 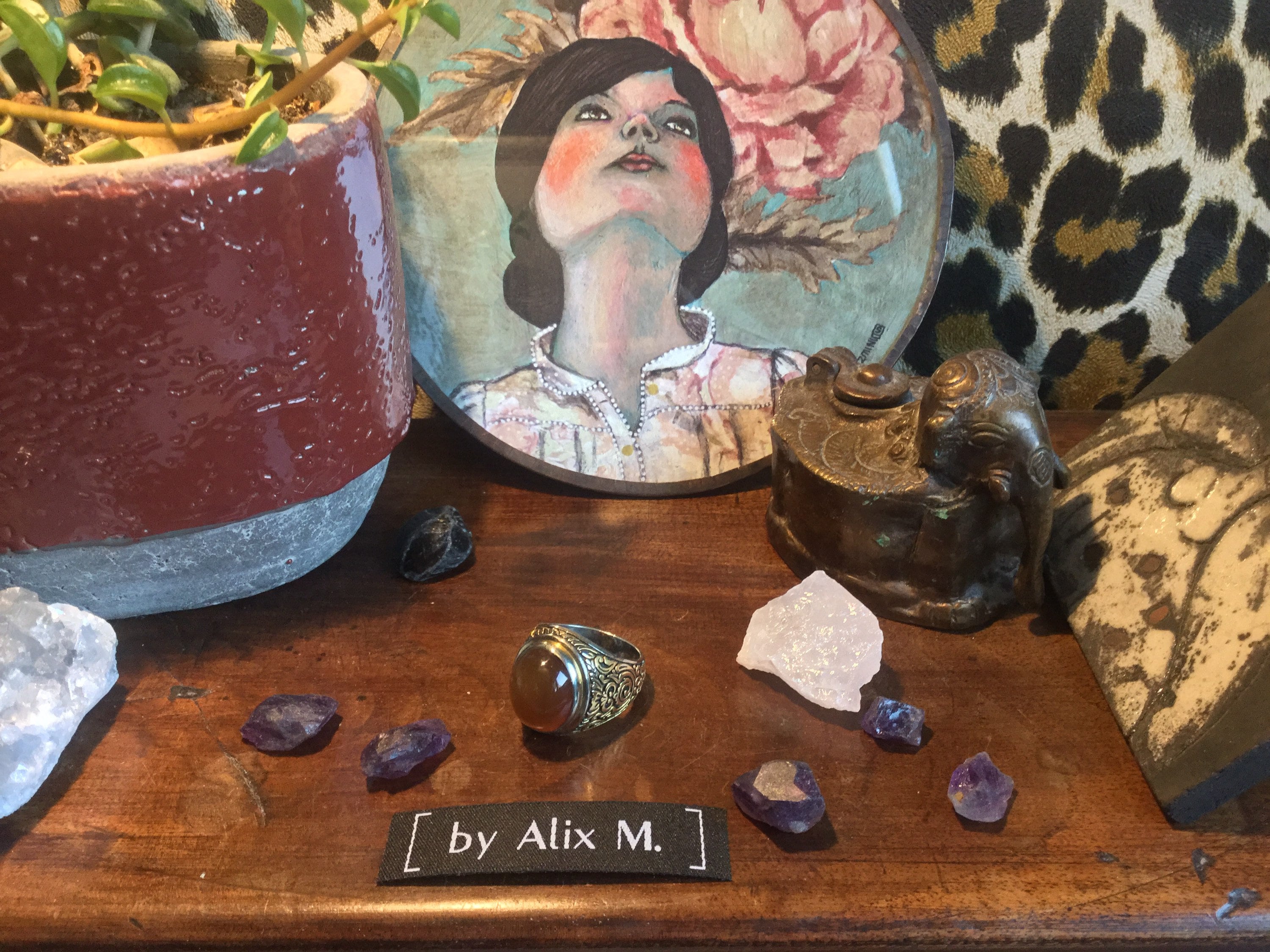 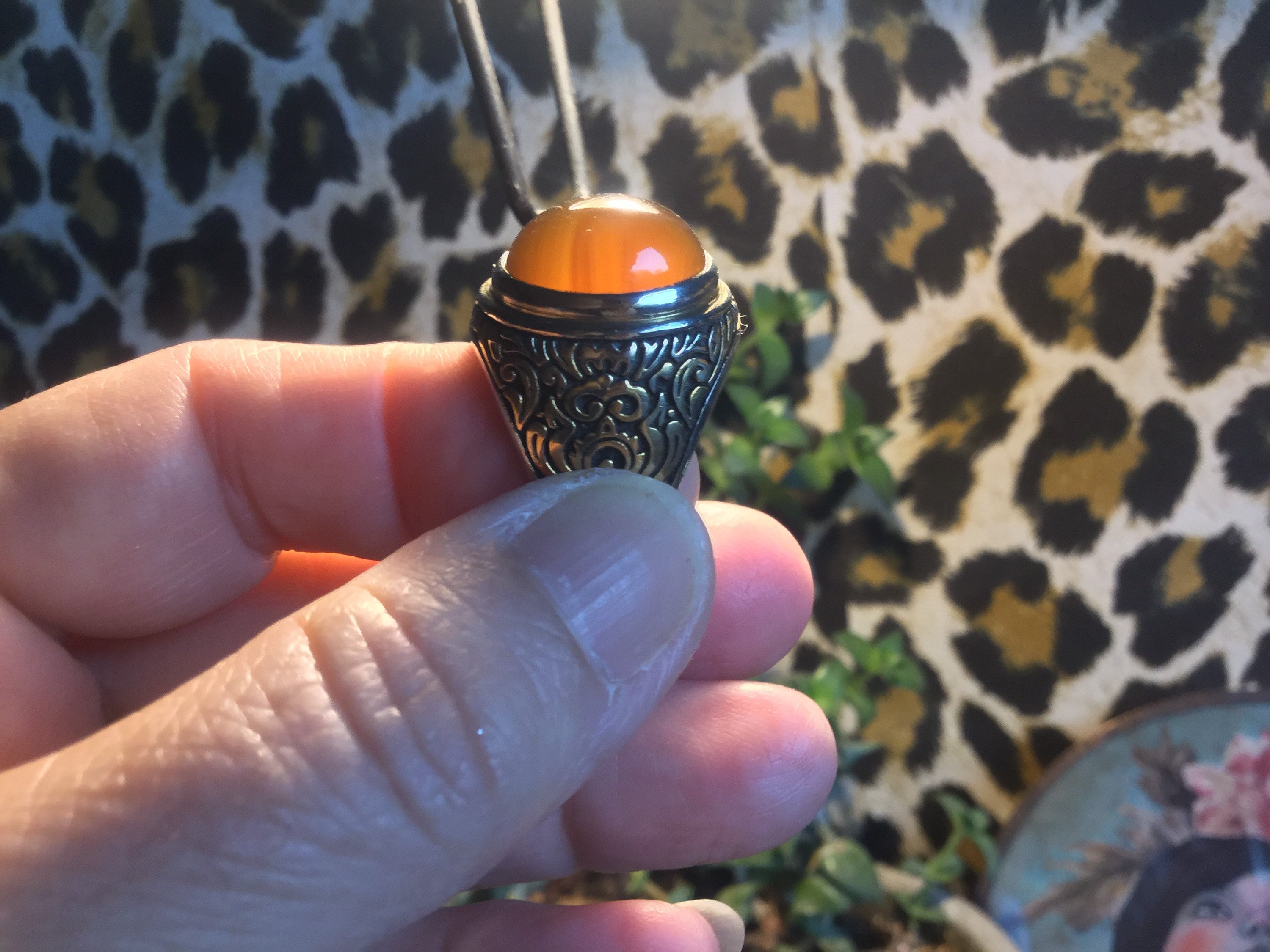 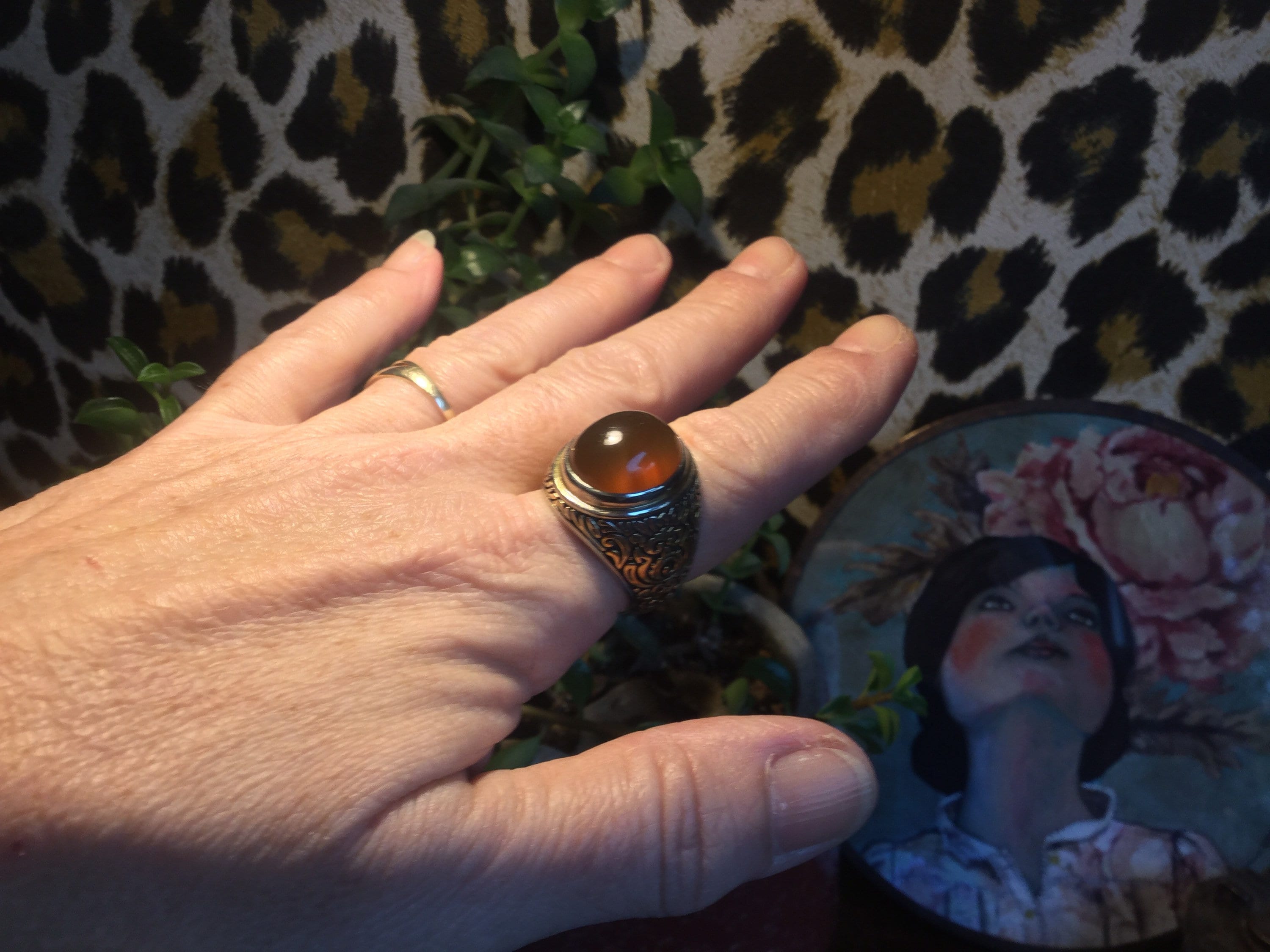 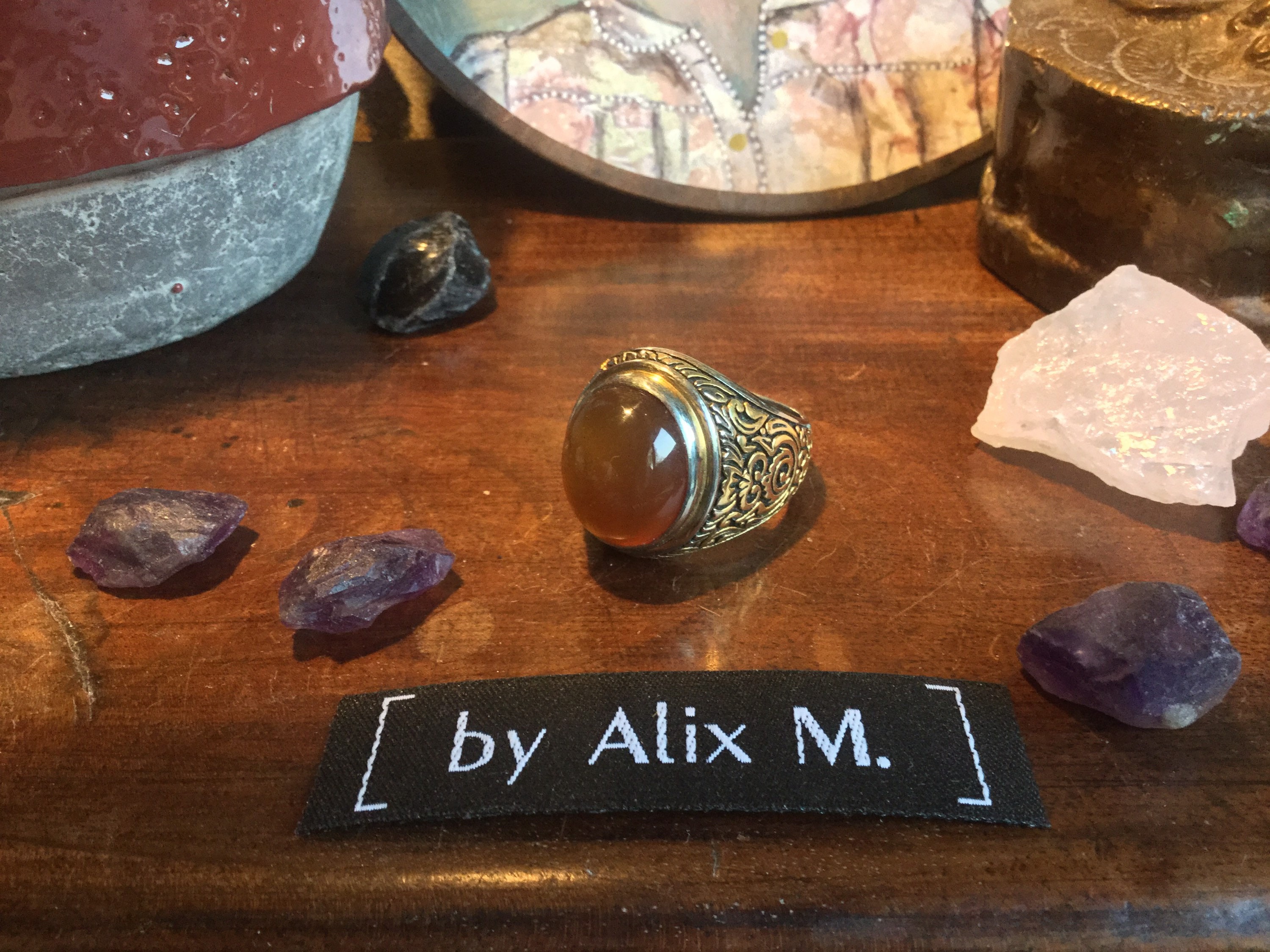 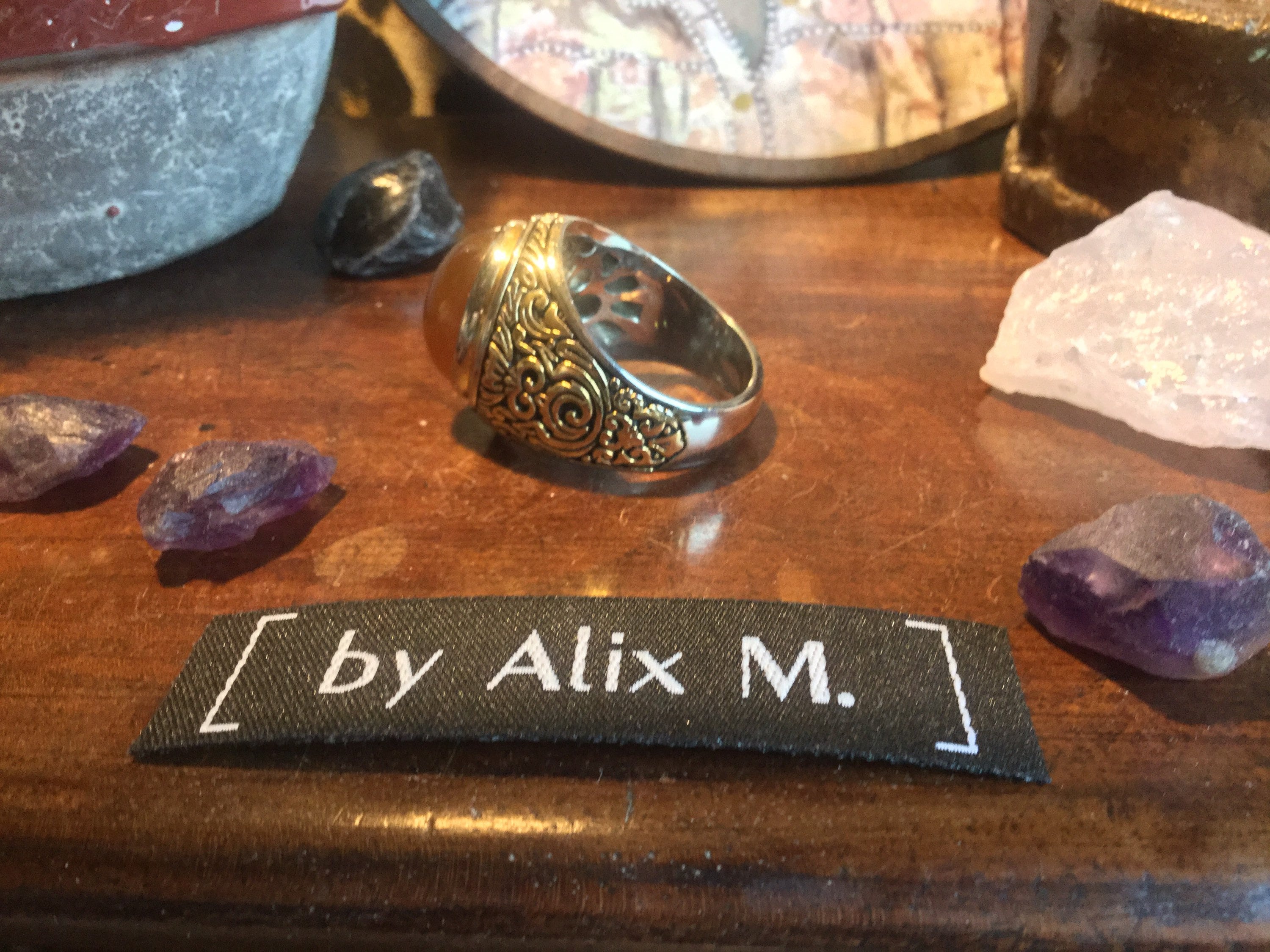 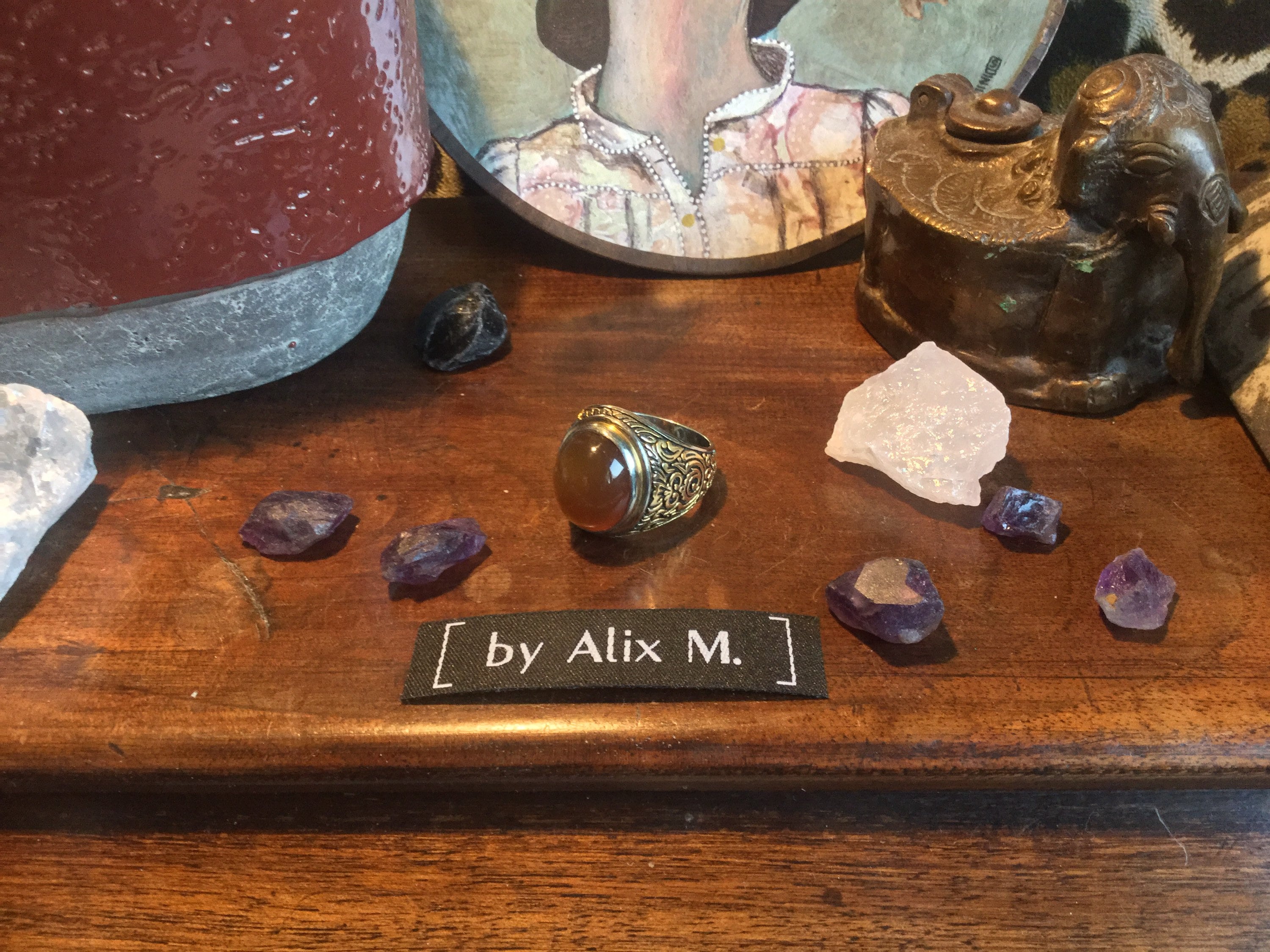 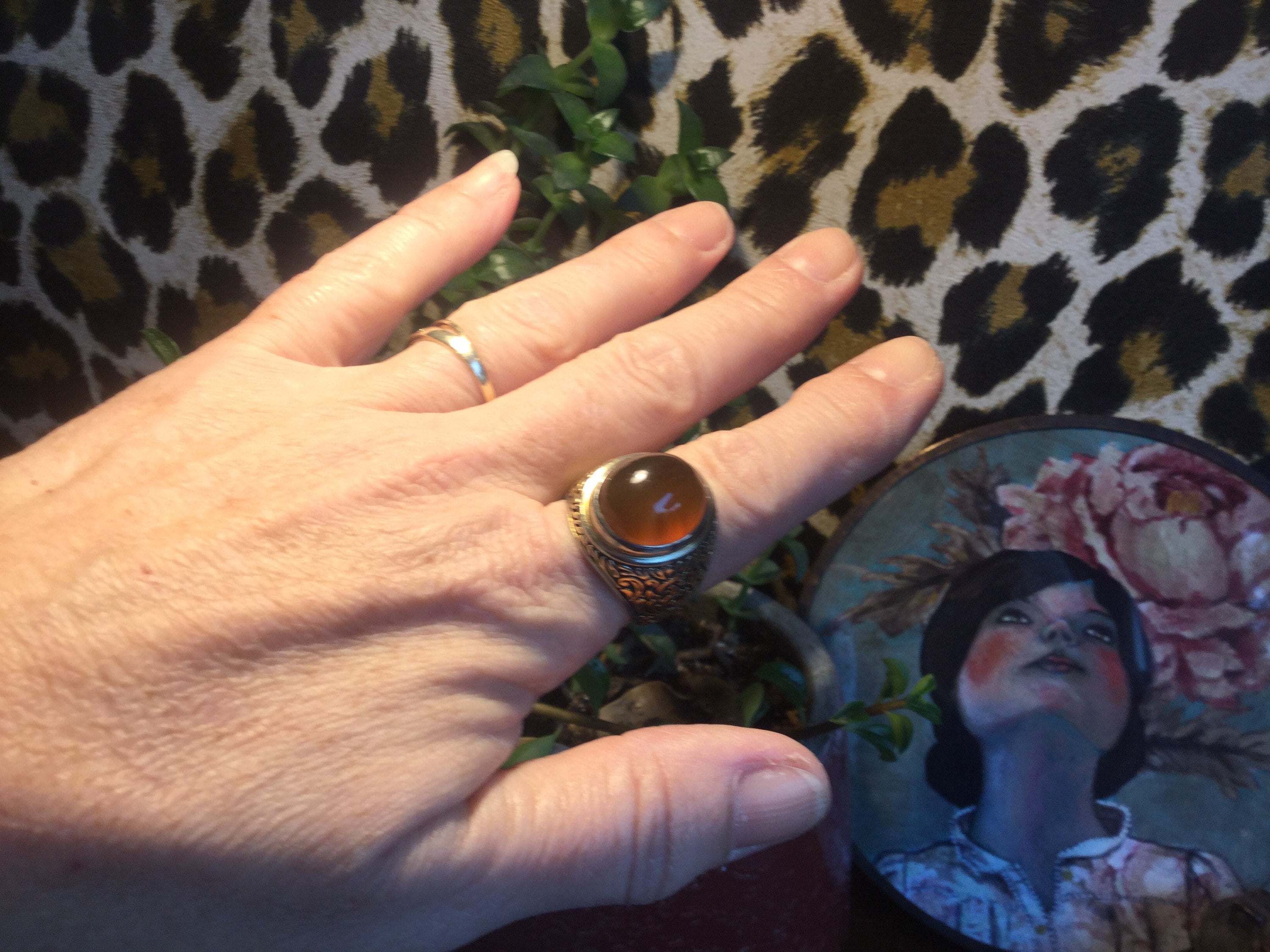 Carved ring in silver and copper alloy. The sculpted part is golden and the rest is silvery, superb!