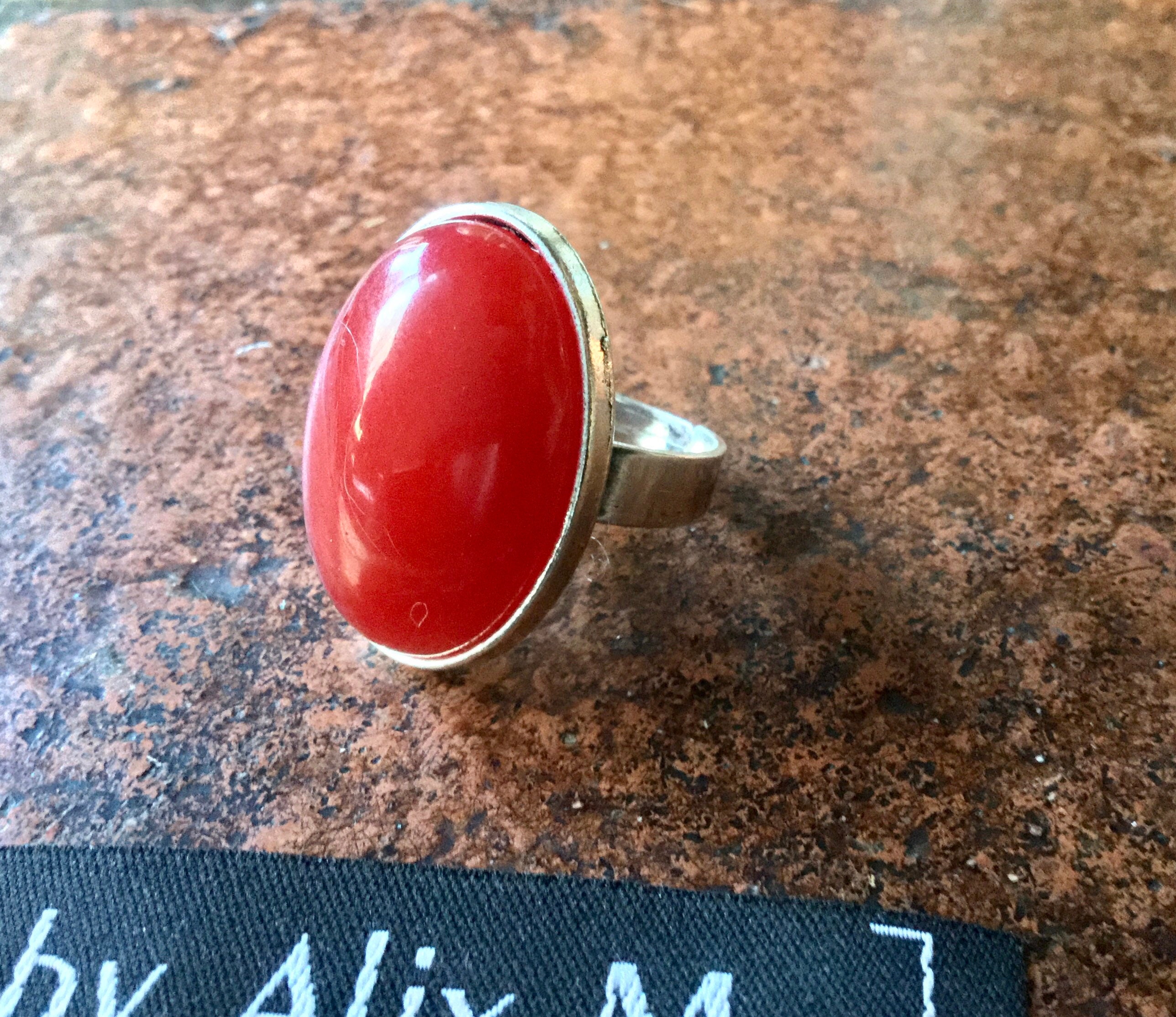 This ring is adjustable.
The diameter of the ring is 2 cm.