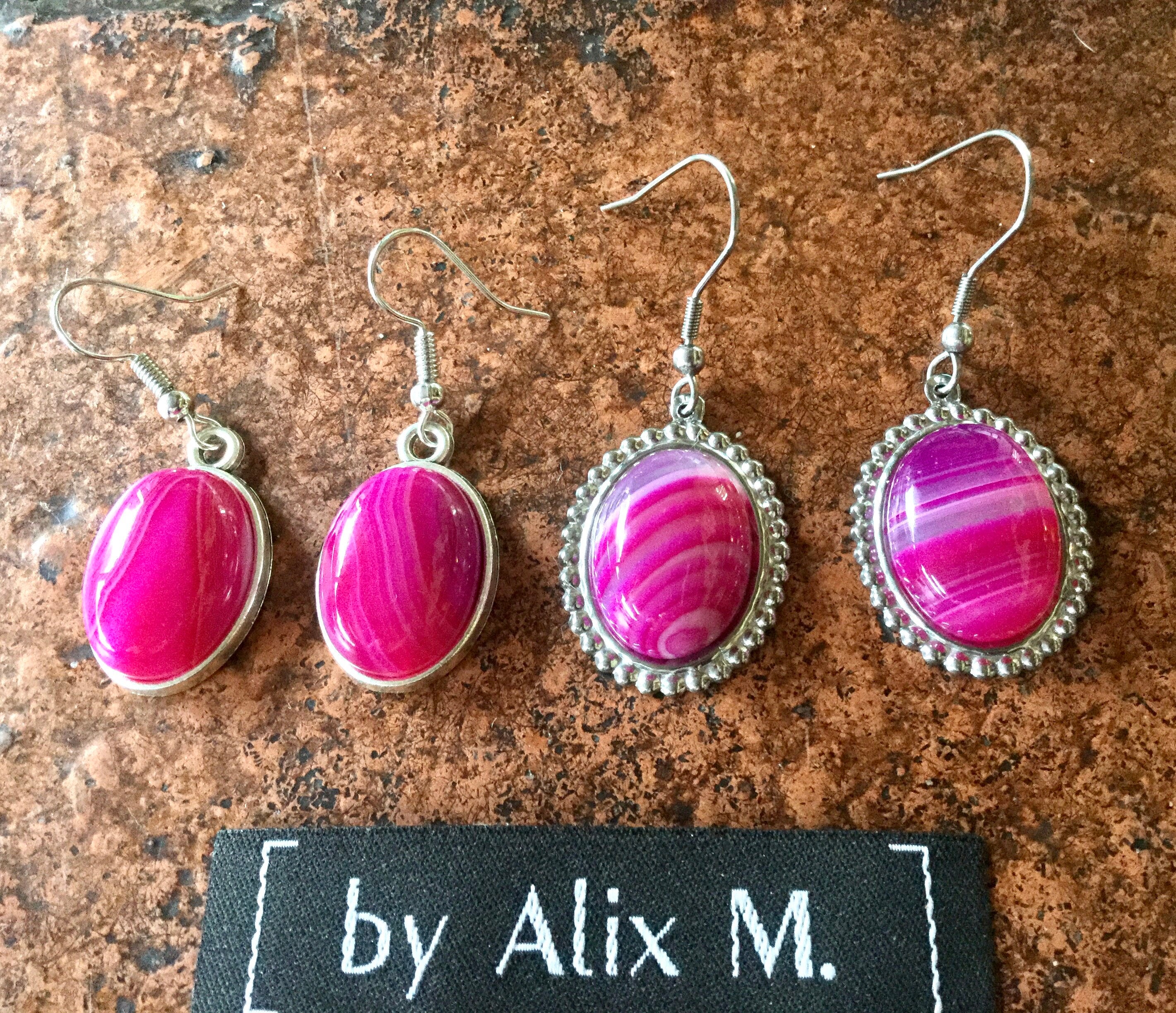 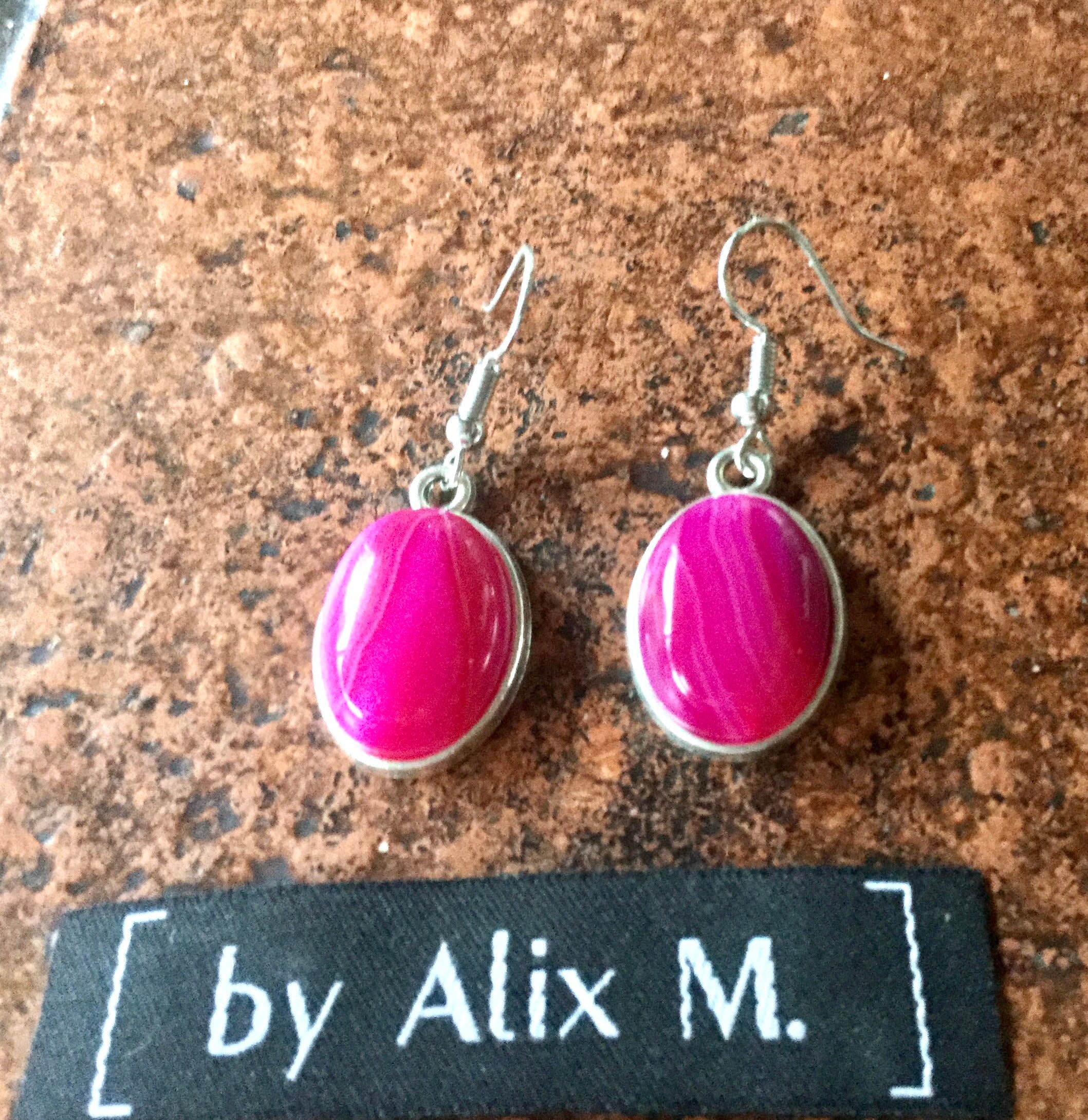 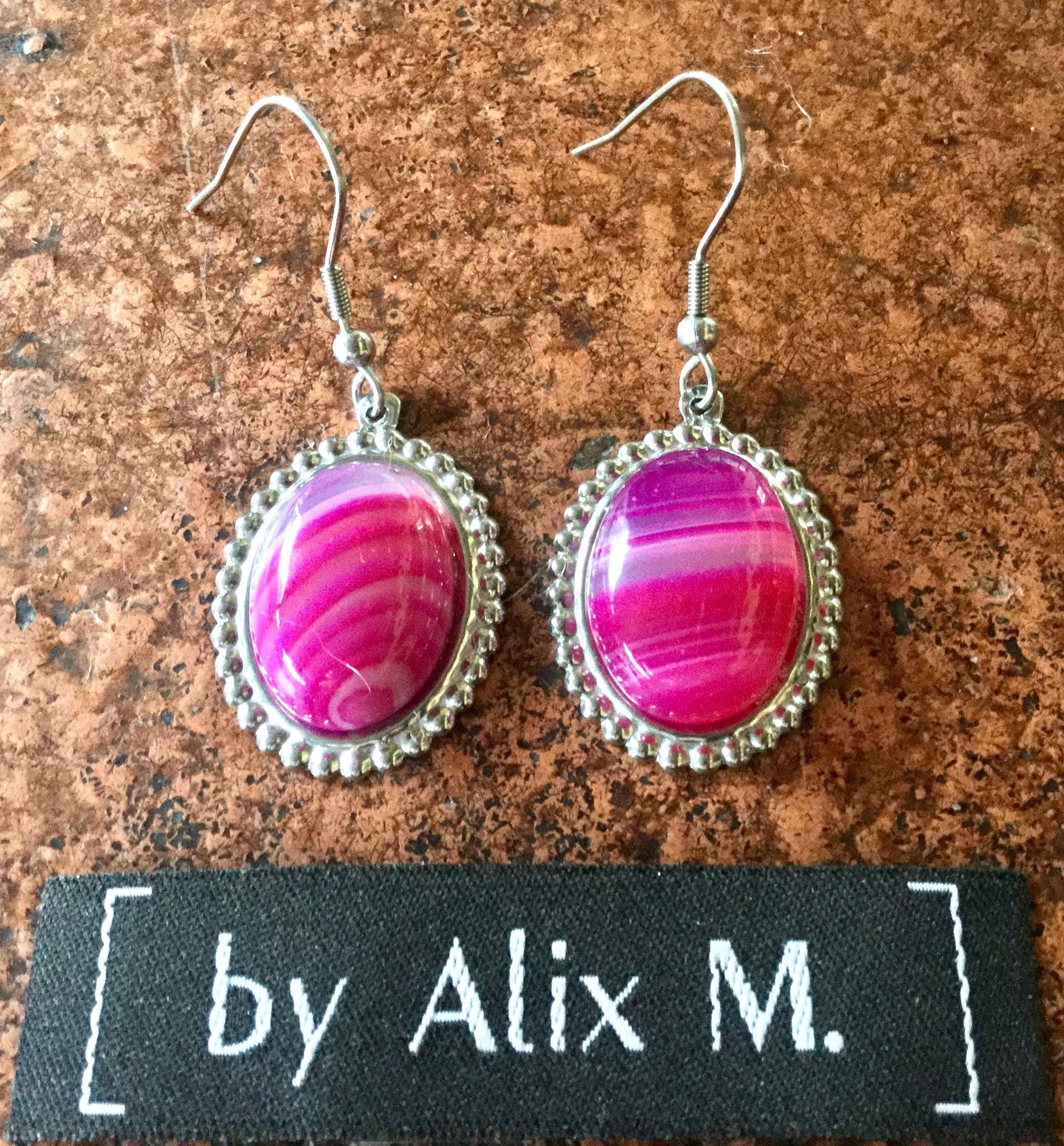 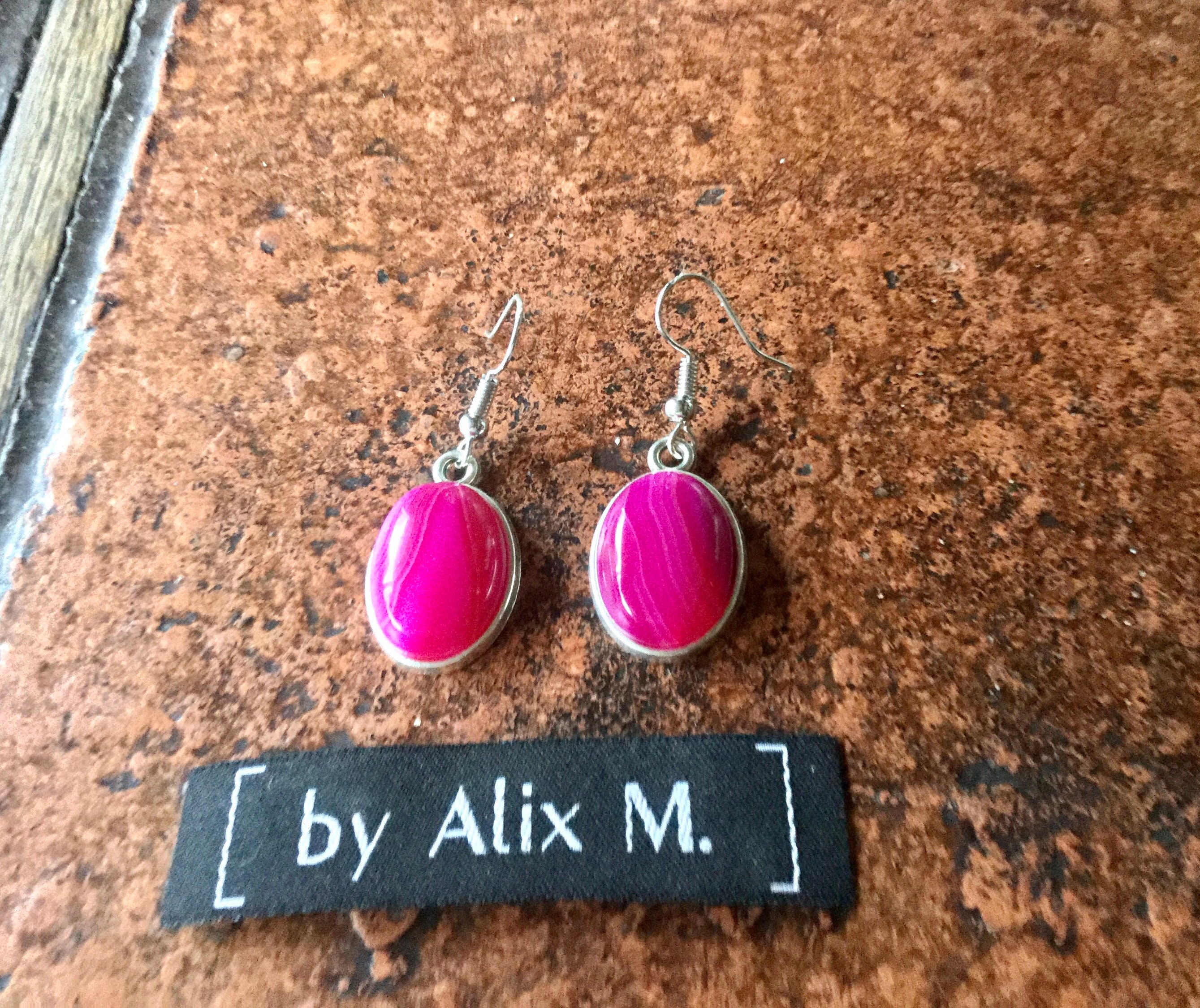 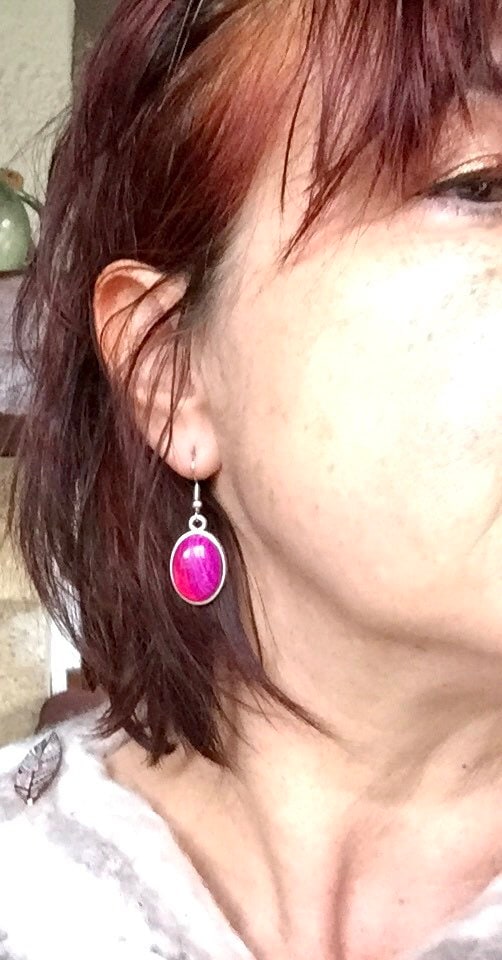 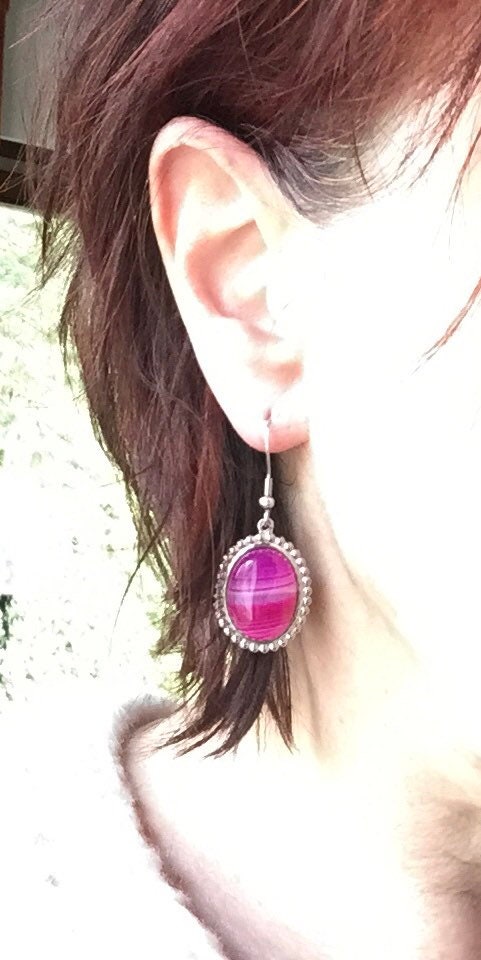 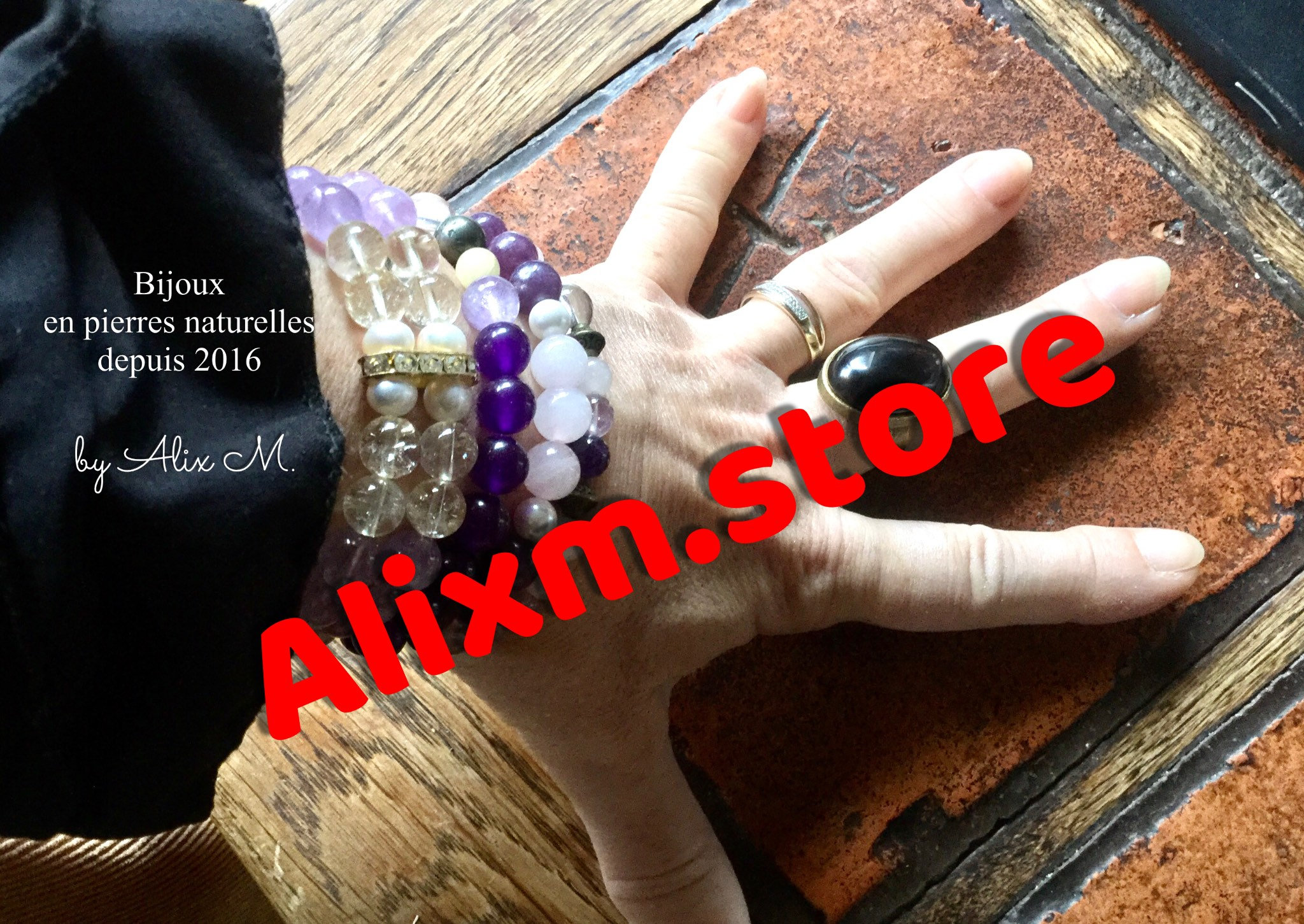 In addition to being very beautiful they will bring Happiness and Luck to the one who will wear them!

The support is made of silver zinc alloy. Nickel-free.

Their length is 4 cm.

Delivery in tracked envelope. Preparation and sending of the order in 1 working day.

My creations in natural gemstone jewelry are a way for me to transmit my passion for these beautiful minerals with amazing virtues!

My advice to purify and recharge the stones of these earrings. On full moon evenings, put them in cold water for at least 20 minutes and then wipe and expose them on a windowsill throughout the night.

Agate is a stone calming anxieties, it soothes and harmonizes yin and yang.
It helps each being to gain self-confidence and accept himself as he is.
It brings courage in difficult times and brings courage to the wearer.

In lithotherapy, agate offers virtues of self-psychoanalysis and extra-sensory perceptions of hidden elements. It is not uncommon to see people wearing a pendant or an agate bracelet, all the virtues can then be exercised throughout the day.

Agate also makes it possible to bring more sincerity and encourages to say the substance of thought.

This natural stone develops concentration and promotes memories. It is also a stone promoting clairvoyance, the recording of different lived experiences and contemplation.

Always in this perspective of calm and fullness, the agate stone allows to remove the inner anger. Its role is to dispel all internally disturbing elements and emotional shocks to establish a sense of security.

Just like on the psychological level, agate in lithotherapy makes it possible to soothe and in particular the places, by harmonizing the overall energy. The simple fact of positioning an agate in your home or workplace will bring you its two main virtues: calm and luck. If you position your agate in someone who is sick, the agate stone will restore morale and courage.